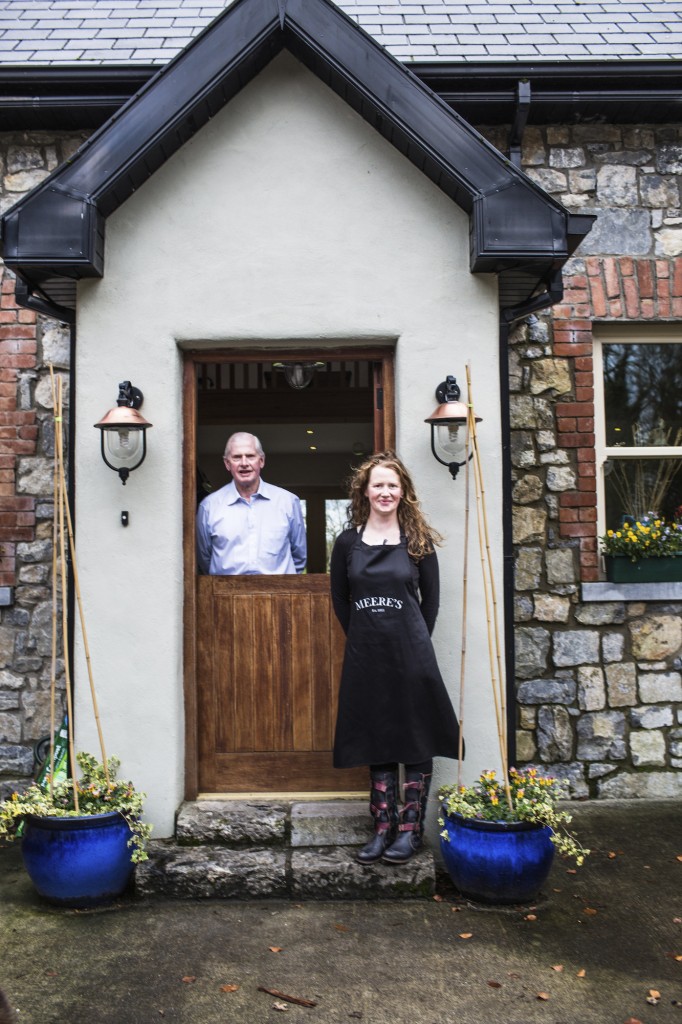 Meere’s Pork Products entered Blas na hEireann for the very first time in 2015 and had the great success of reaching the finals in two very tough categories, Black & White Puddings, taking home a silver award for their Square Black Pudding. You can find out more about this Co. Clare family of producers on www.meeresporkproducts.com or to find out more about these and other winners and finalists you might like to view our 2015 directory

Once upon a time,  there were two brothers, Patrick & Oliver. They opened their first butcher shop together on June 6th 1975.Patrick had a keen interest in making homemade pudding and sausages which grew into a very successful seller on the butcher counter. Space got tight, so Patrick decided to build a self contained purpose built unit  in Quin, his home. Over 40 years later both business are running successfully along with the two  brothers still very much at the helm. Patrick is my dad:)

I was born the year after it all began, 1976, so you could say ,I was born into it. The unit dad built is alongside the family home. Family life ran hand in hand with the business, no such thing as not having a job. My first job was learning to pack puddings, it was idea for me as I had small hands and could easily get them into the small vac bags. The years flew by along with the business, children grew up , grand children appeared and fresh ideas were born.

The big change came for the pudding when I joined food academy with SuperValu. A new marketing plan was put in place, a fresh new pack was developed, but the pudding stayed the same. We entered our first competition last year, at the ripe age of 40. It was a phenomenal success. Three generations of Meeres attended Blas last year, ranging from ages 74 to 4. A great time was had by all.